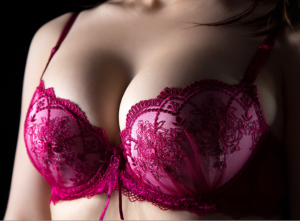 Breast lift or mastopexy is a very popular procedure performed in women. Ptosis or sagging of the breasts is a common phenomenon that can occur in women in response to age, postpartum changes of the breasts, breastfeeding, or weight loss. Gravity is a force that acts on all areas of the body as we age, including the breasts.

In addition, the skin loses its normal elasticity in response to age, engorgement from breastfeeding, or large amounts of weight loss. When this happens, the skin is no longer able to support the breast tissue resulting in sagging.

Breast lift or mastopexy is a surgical procedure that can help correct this situation. This procedure involves moving the nipple areolar complex to a higher position on the chest wall and moving the skin and breast tissue around it to restore a more youthful look. This procedure does result in some scarring on the breast. The amount of scarring is dependent on how much of a lift of the breast a woman would require. A lift almost always requires an incision around the areola or colored portion of the nipple and can sometimes involve an additional incision extending from the bottom of the areola to the fold beneath the breasts. In women who have even more excess skin, an additional incision in the fold beneath the breast may be needed. These scars usually heal nicely on the breast and are not exposed unless the patient is not wearing any clothing.

Because some skin has to be removed in an effort to lift the breast on the chest wall there is commonly a small decrease in breast volume. What a woman generally perceives as volume in the cup of her bra includes the excess skin that must be removed in order to lift the breast. If a small decrease in breast size is a concern for a woman, she may consider the addition of a breast implant with the lift. The other advantage of an implant is its ability to provide the patient with more long lasting fullness in the upper portion of the breast. It is, however, important to avoid putting too large of an implant underneath a lift because of the potential for wound healing problems caused by the tension on the incisions.

Mastopexy can be performed as an outpatient procedure. The patient can generally return to work within three to five days as long as their job does not require heavy lifting or other strenuous activity. A patient can return to all activity within two to three weeks including exercise and other forms of strenuous activity. The scars will continue to improve over a year’s time and several conservative measures are implemented during the healing time to help improve the final result. The patient is typically placed in a supportive bra almost immediately after surgery and is encouraged to wear it for the first several weeks after surgery.

It is important for a woman to realize that the gravitational forces that act on the breasts will continue to do so even after a breast lift. The patient will again develop some ptosis in the breasts over time, but if the inciting factors such as pregnancy or weight gain have been removed then the ptosis that develops over time should not be as severe. Possible complications associated with mastopexy include a decrease in nipple sensation, inability to breast-feed, scarring, asymmetry of the breast, recurrent ptosis, and partial or complete nipple loss although this is extremely rare.

Dr. Perry would be glad to answer any questions that you have regarding mastopexy. Contact us today.